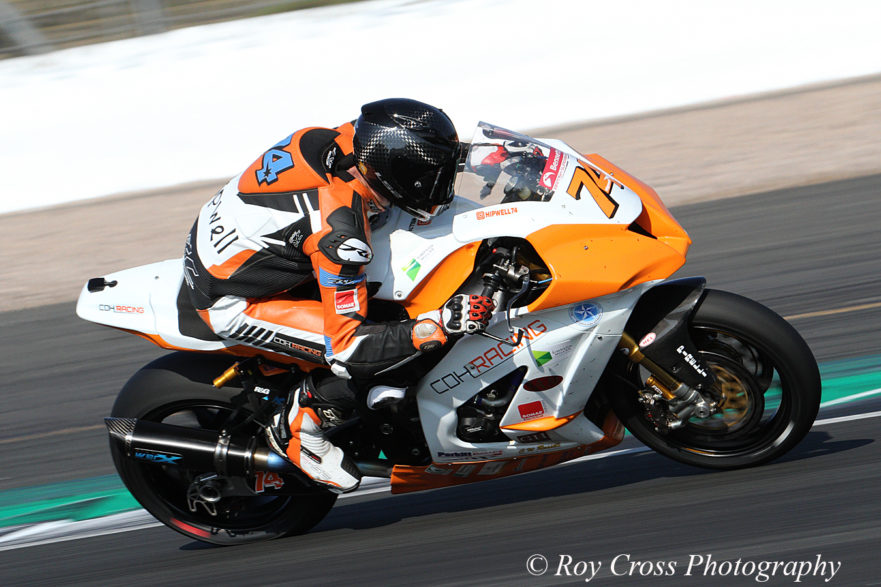 When the British Superbike season started the weekend before last at Silverstone, a number of riders were making their debut in the championship. One such rider was Dean Hipwell who qualified 29th of the 32 riders on his CDH Racing Kawasaki.

In race one he took his first top-twenty finish with 19th place, 33 seconds behind the winner but in the middle of a three-way scrap for 18th with Matt Truelove and Fraser Rogers. Hipwell started race two in 28th spot but the bike didn’t have the performance of the first race and he came home 22nd.

“Good first round for our small team but an engine issue on Friday didn’t help as we lost most of FP2. Qualifying was good after a few set-up changes helped me ride the bike a bit better. Race one was amazing, had a good battle and I was happy to get my first race under my belt. Race two was more disappointing as the bike didn’t have the engine power to maintain the speeds down the straights. Hopefully we’ve fixed the issue and should be ready for Oulton Park. Unfortunately, due to that issue we had to miss the test day but I’m looking forward to getting back out.”

Rounds three and four take place at Oulton Park on the 6th May 2019.